More from the Great tits. 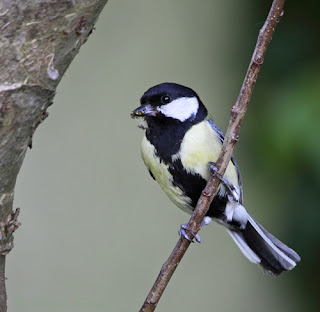 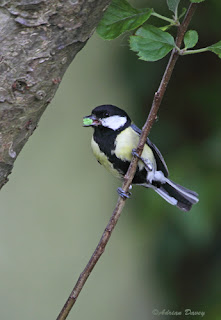 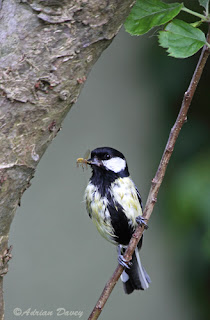 The young Great Tits have now fledged,but I got out early one morning when the light was slightly better and managed a few shots of the parent birds bringing in food. (The variety of insect life they bring in is amazing.these three photos show spiderlings,insect eggs and a fly of some type)
Posted by Adrian Davey (Dibs) at 01:37 No comments:

This Cockchafer or Maybug was lying upside down on our kitchen floor one morning, now I,m not really one for moving insects to a better location just to photograph them, preferring to take them where I find them,but this was an exception to the rule as I was probably saving its life in the process(dont suppose they live long though).so I got my macro lens ready and placed it on a granite trough outside, and managed a few pics before it flew off..
There're are'nt many critters that I'm afraid of as long as I can see them,but these Maybugs always have me hiding under the duvet on warm early summer nights when the come in through the open bedroom window and buzz very loudly and very rapidly around the room before suddenly going silent and dropping from the sky,once when with my ex wife ,one was dive bombing around the room, and I was hiding away as usual,and I thought the coast was clear and drifted off to sleep,only to be wakened by something feeling its way up the inside of my groin,It was'nt my birthday and I was sure the anniversary was months away , so I pulled back the bedclothes to find this creature getting way too close  for comfort.  I guess this may be where the name Cockchafer comes from.. 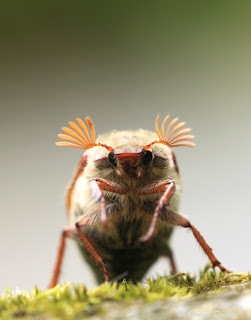 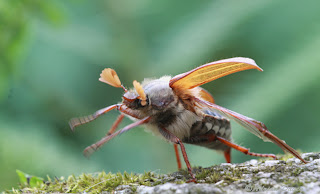 Views from a bridge 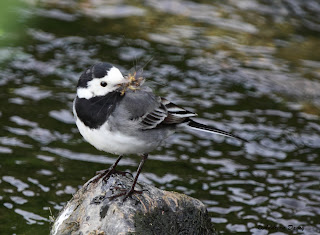 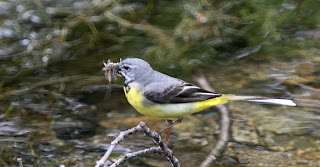 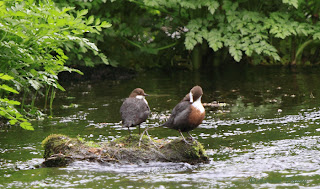 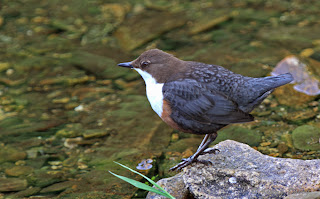 A couple of hours one evening sat on a bridge not far from home, watching a pair of Dippers as well Grey and Pied Wagtails busy catching insects for their young. I,m not sure if the Dippers have already nested (no sign of any juviniles) or if they are going to nest, I'll just have to keep going back to check them out, and hopefully get some better shots.
Posted by Adrian Davey (Dibs) at 04:29 No comments: 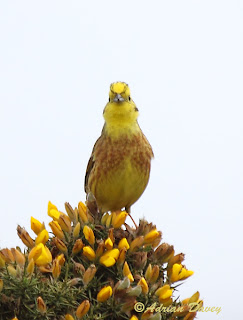 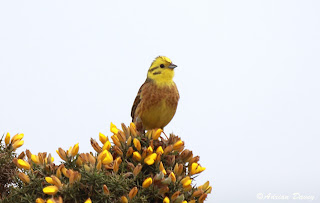 While trying to photograph Meadow Pipits carring food for thier young this male Yellowhammer popped up in front of me giving enough time to fire off a couple of shots as it posed on the gorse.
Posted by Adrian Davey (Dibs) at 04:01 No comments: 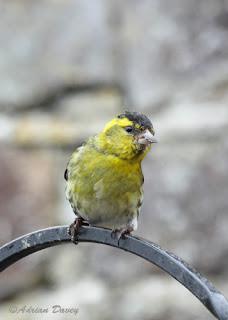 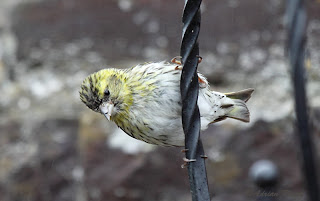 Where I,m working at the moment the feeders are always alive with Siskens, a couple of record shots taken from the van ( after work). I.ll try again in brighter weather soon.
Posted by Adrian Davey (Dibs) at 07:26 No comments: 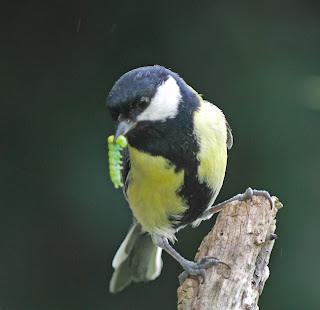 A pair of Great Tits  nest every year in an a hole in an apple tree in our garden, the parents are busy going backwards and forwards with food. Trouble is its a dark corner and getting enough light for a decent photo is always a problem.
Posted by Adrian Davey (Dibs) at 13:24 No comments: 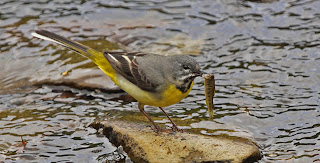 This Grey Wagtail on one of the local rivers was feeding young  when it caught this fish type creature(I'm not quite sure what it is,( any ideas anyone), I saw it take it to the nest,which was just out of sight but then reappear still with it,so must have been too much of a mouthfull for the chicks.
Posted by Adrian Davey (Dibs) at 13:15 No comments:

Spent an afternoon driving around Davidstow airfield looking for Wheatears and Whimbrels, I found four Whimbrel feeding close to the runway and parked up ahead of them ,put some camo netting over my head (as you do) and waited for them to come to me, which they duly did allowing a couple of niceish shots . 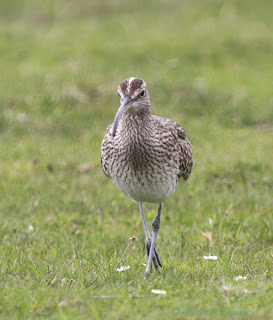 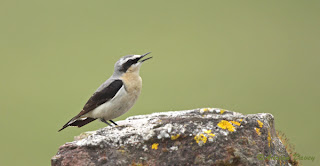 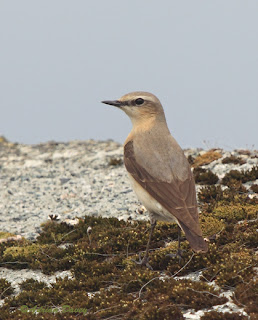 Wheatears were easily found, I watched a male singing to a seemingly disinterested female and managed a few photos , and plan to return to what looks like a likely nest site.
Posted by Adrian Davey (Dibs) at 10:42 No comments: