I drove down to West Cornwall ,firstly to try and see if the Paddyfield Pipit was still around ( although I didn't hold to much hope as it hadn't been seen the previous day) and hopefully see the Pallas's Warbler which has been around gardens at the top of Cot Valley. I called time on the Pipit after about an hour and a half of walking around the edge of a muddy field and getting cold and wet, this is where I tell myself  that  even if it does prove to be one of the rarest birds in the u.k for about a decade it was still a very drab little bird and would have been an anti - climax anyway- sadly it had probably succumbed to the cold or to one of the local cats. However that little jewel of a bird the Pallas's Warbler did show well, and though the light was awful I still  managed a few photos, made all the more difficult because it was constantly on the move ,buzzing and hovering as it chased after small insects, but a delightful bird, and  only the second I've seen ( the first just up the road in Sennen a few years ago).

Joyce and I were set to have a full week in Dorset but owing to my ongoing back problems we decided to just have three days, getting around was not easy and Joyce had to do all the driving but we made the most of it and I managed to get a few photos.We visited Brownsea Island in the sunshine and Arne Nature Reserve in heavy showers. Fungi are putting on a particularly good showing this autumn. 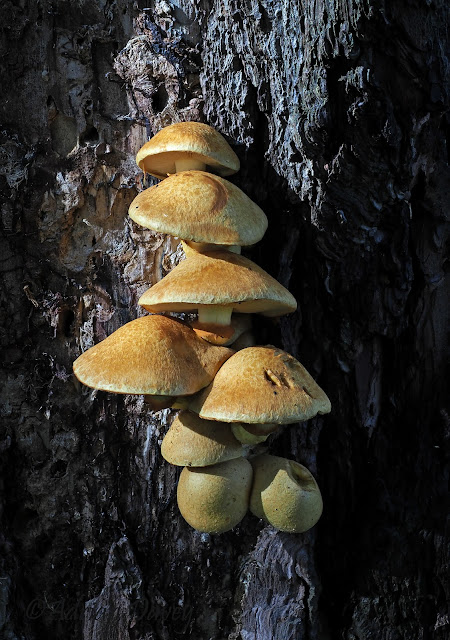 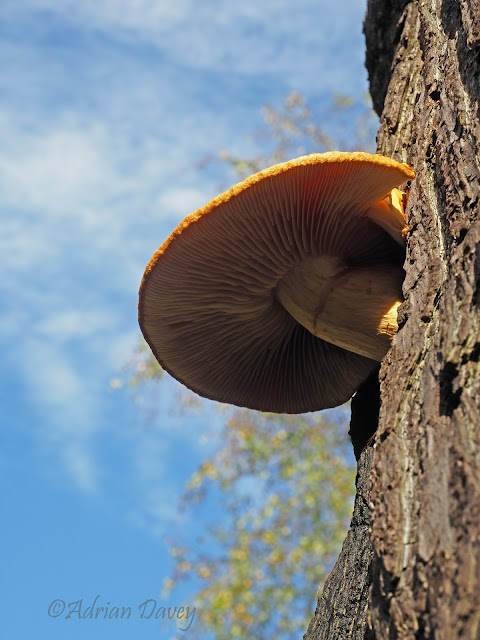 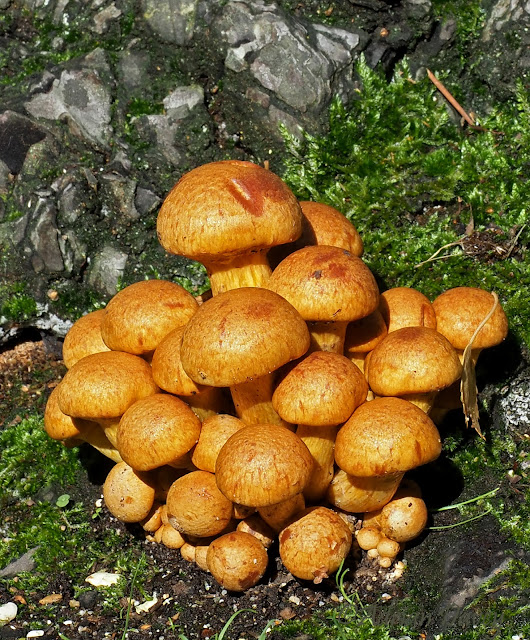 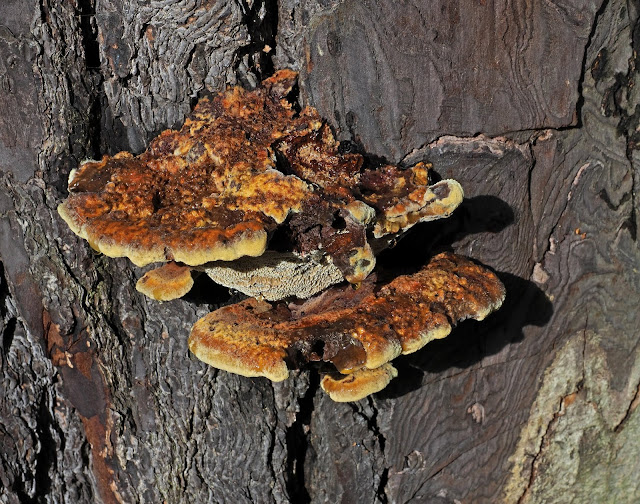 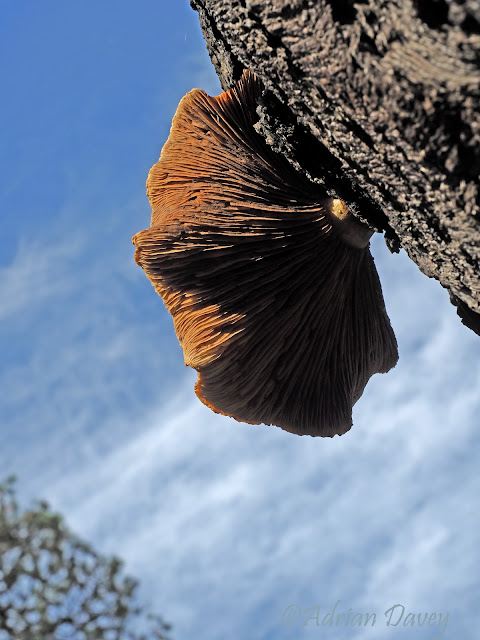 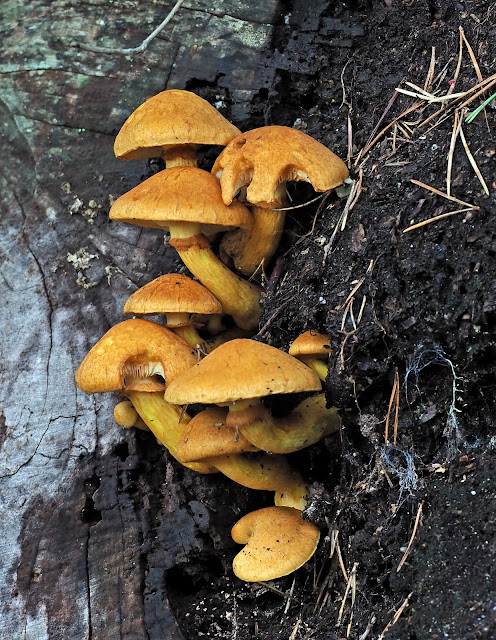 Davidstow airfield in Cornwall seems to be coming up with the goodies again this year after last autumns disappointing showing with two ( or maybe three) Buff Breasted Sandpipers giving birders super views in the last week or so and a White Rumped Sandpiper turning up yesterday, (which I,ve yet to go and see ,hopefully it will stay around for a little longer). This must be THE best site to see Buff Breasted Sandpiper as at least one turns up most autumns, one of my favourite birds. Who knows what may turn up in the next few weeks. 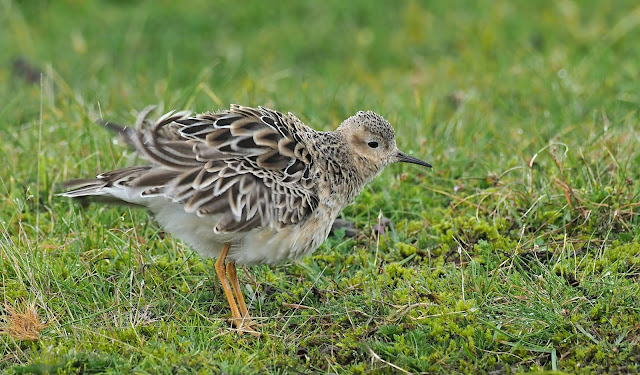 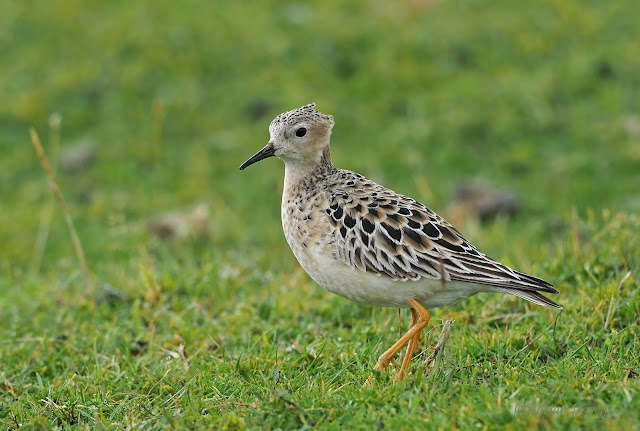 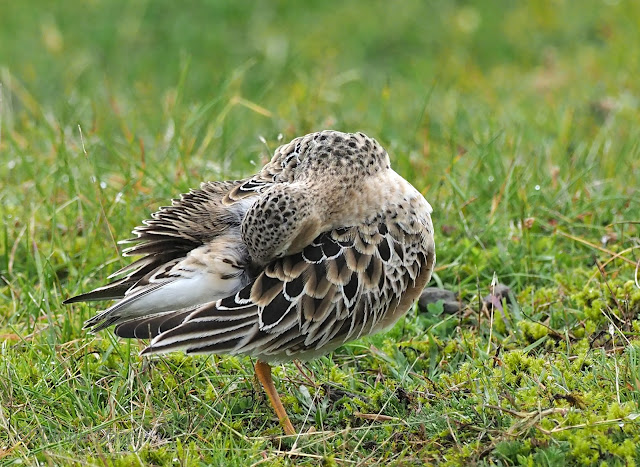 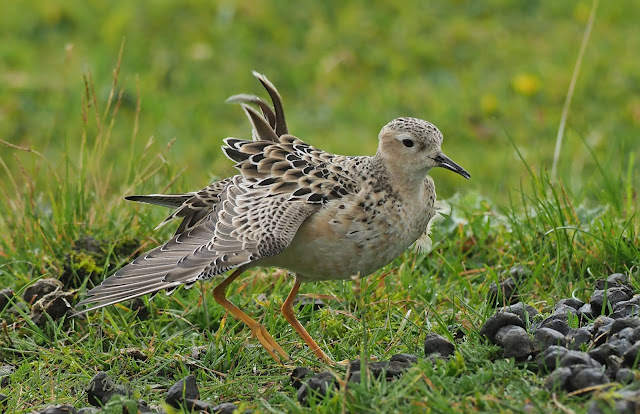 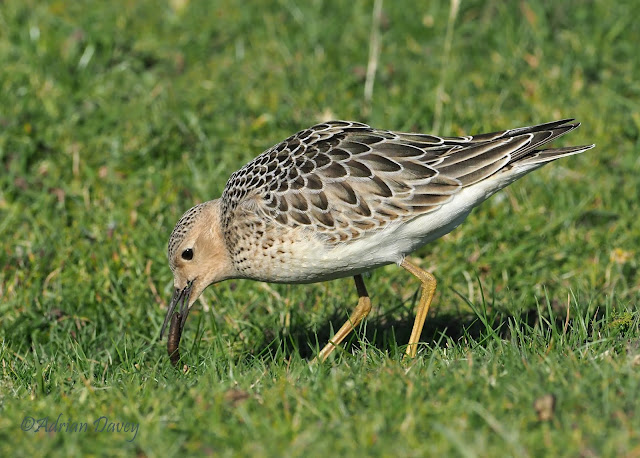 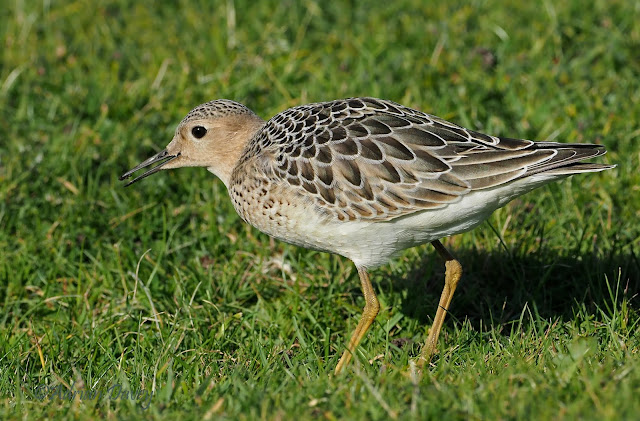 A potential first confirmed record in the U.K  the Brown Booby was found off St Ives and was just to much for me not to go and see, although I had to work and waited for the weekend to drive west to try. My first attempt to see it was with Joyce , the bird had been off Godrevy  (overlooking St Ives bay) on the previous evening but alas on this morning it was not relocated, and not seen all day, I tried to tell my self that oh well we tried, its just a bird ,Im sure get over it, that is until the next day when it ( or even a second individual) was relocated at Kynance. Again more frustration as I had to work but I put in an extra shift to finish a job on the Thursday so that I could make an early morning trip down to Kynance Cove on Friday. On arrival a crowd of birders were on the cliffs and I was told the bird was still present, a walk up and down the steep coastal path and eventually saw the bird ,only problem was even through a scope it was just a distant speck resting on a rock. So a wait ensued until finally the Booby took to the air and flew around the bays giving better views, a quick dash to a better viewpoint where we watched the bird making a few forays around the bay where I was sat, and a few fly pasts, but never lingering in one place for long. Well worth the trip, seeing a great new bird in a beautiful location and managing a few record shots.

2019 has been a Painted Lady year with nearly half a million being recorded in the u.k,  so probably twice that many here. They arrive as migrants from N.Africa, the Middle East and Asia, (what an incredible journey for a Butterfly), they breed, with thistles being one of the favourite food plants for the caterpillars to feed on. They do not hibernate or over winter here , some making the return trip and others dying. Our garden has had its fair share of these beautiful Butterflies and I have spent a little time trying to get a few decent photos.

THE BEST OF THE REST.  The last from the trip to Hungary (promise).