This Hawker Dragonfly ( Common I think, but could be a Southern ) was a visitor to my pond recently , I watched as it layed its eggs in an old stump and on the bank.and got in close with the macro lens. 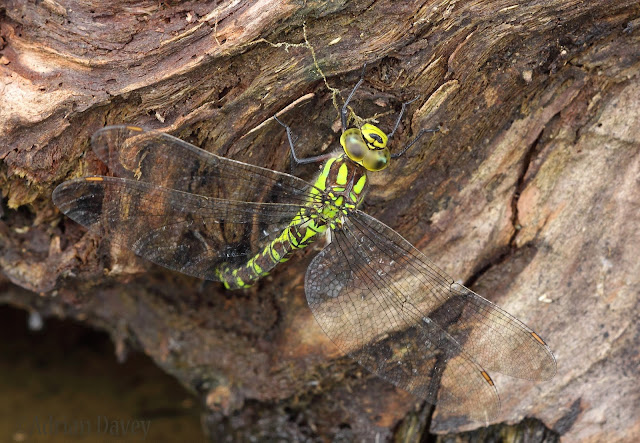 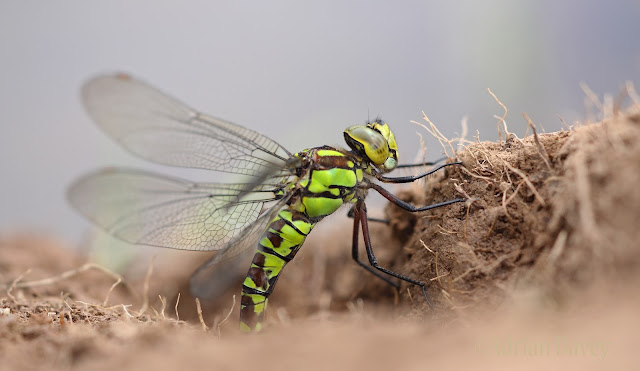 An afternoon at Davidstow

Managed to escape for a couple of hours and headed for Davidstow airfield in the hope of an early wader or two.A few Ringed Plover and Dunlin were soon located but little else untill I found a single Golden Plover which I was slowly getting closer to when a man and his dog walked straight between me and the bird ,making it fly further away, again I took my time and got within photographic range and reeled off a few shots when the same man and dog came back and did it again, all that space,(good job it was'nt something rare)he then came over and told me he was a retired spy and used to use gear like mine on covert operations.I thought not much of a spy if he could,nt see the ....ing bird I was trying to photograph.
Ah,the joys of another autumn on the airfield to look forward too.

Spent a few evenings trying to get some action shots of our resident House Martins feeding thier young, not easy, the're quick. 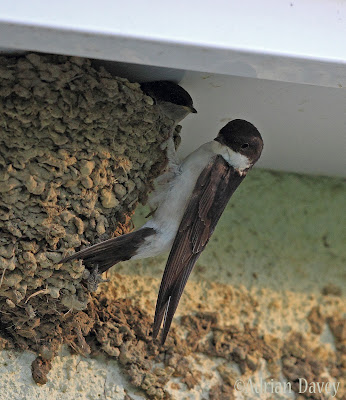 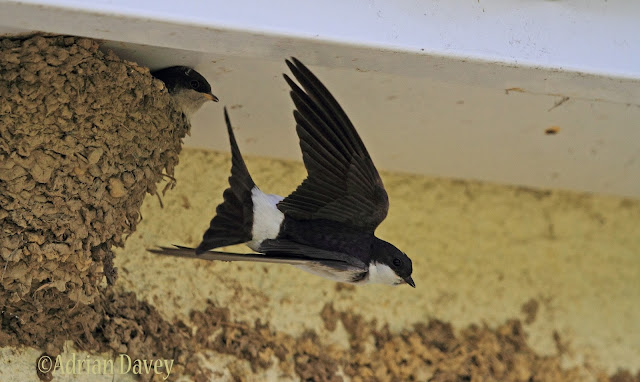 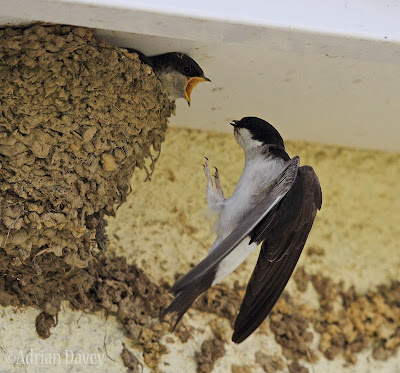 The garden of the house which I was painting last week in Launceston happened to have some colourful Buddlia bushes in full flower which were dripping with Butterflies, I counted nine species during the week, so I just had to take the camera & spend my lunchbreaks trying to get some photos....I did get the job finished eventually.
Posted by Adrian Davey (Dibs) at 15:04 No comments:

Three more  photos of some of the smaller critters I,ve come across recently.

A small roadside pool near Bowithick was enticing a few birds down to drink & bathe, so I sat in the car & pointed the long lens at them, I was hoping for one of  the Crossbills I'd seen nearby, but no such luck.

The Beautiful Demoiselle is a common Damselfly but one I,ve not got any decent shots of , so to try and amend this I popped out to Bowithick near Davidstow where I knew there should be a few around on a sunny afternoon. I soon found them but none were very photogenic untill while just sitting and watching I noticed this one returning to the same yellow flower and settling for a while, giving me the chance to get some shots.