At home & out and about,some recent bird photos.

A good day out at Breney Common CWT  NR  in the company of Dave Cooper who was on the lookout for Black Darters, a species of Dragonfly I,d not photographed too well before, we were not dissapointed as the sun shone and the Darters were showing pretty well..

The Emperor ( Anax imperator ) is the largest resident Dragonfly in Britain, being fairly common down here in the South West , a male has been patrolling our pond, bossing all that flies by, he was resting on an iris ,I tried to sneak up on him for a photograph but each time he would fly, then return to


the same spot, so i tried wading into the water and from this direction he took no notice of me allowing some nice close ups.The females ,meanwhile, were busy ovipositing onto the surface vegitation.
Posted by Adrian Davey (Dibs) at 06:13 2 comments:

A colourful day flying Moth, the Six Spot Burnet ( Zyganea filipendulae ) is common around coastal grasses in the summer and always one I cant resist trying to get better photographs of, these were taken near Boscastle in Cornwall. 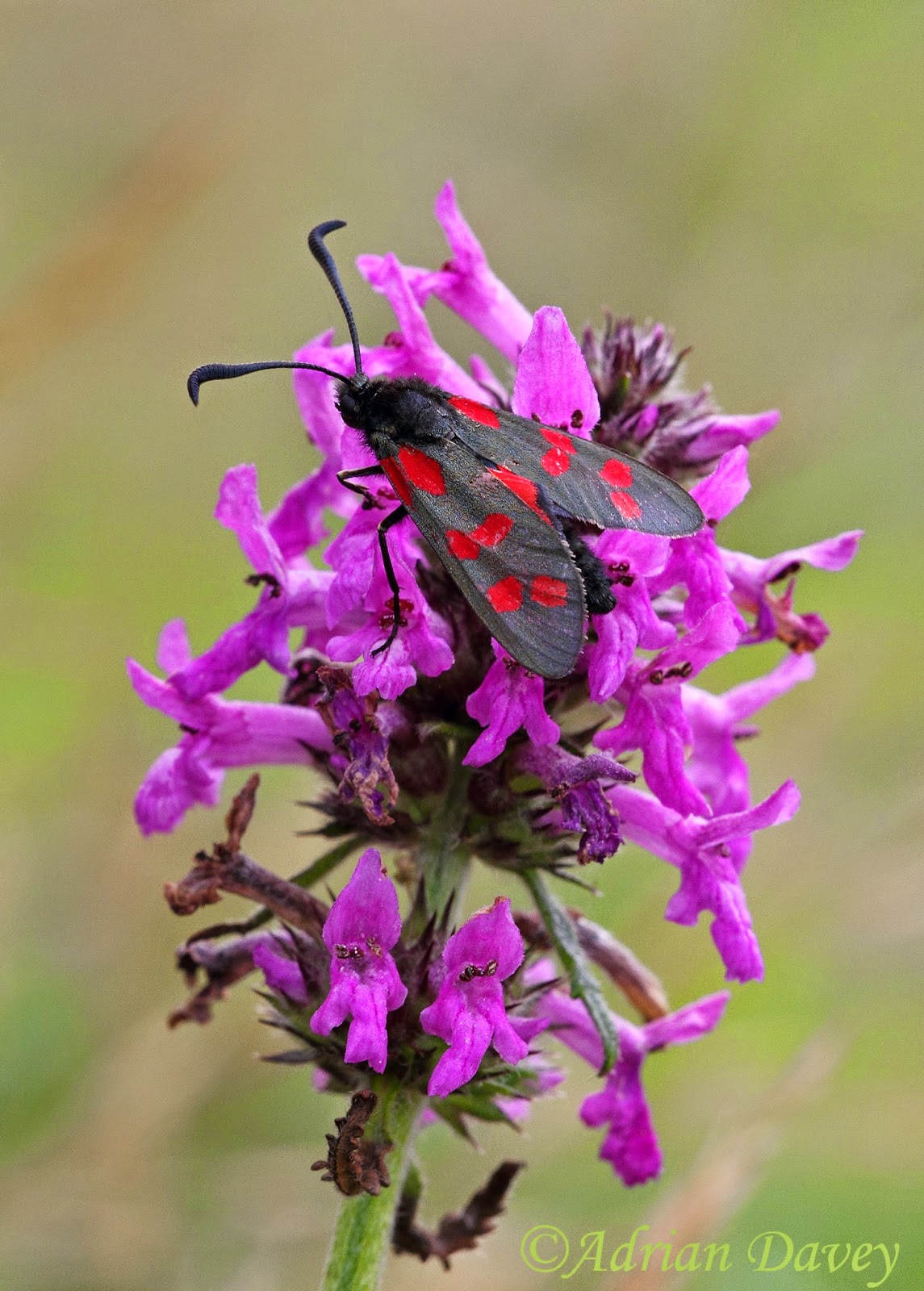 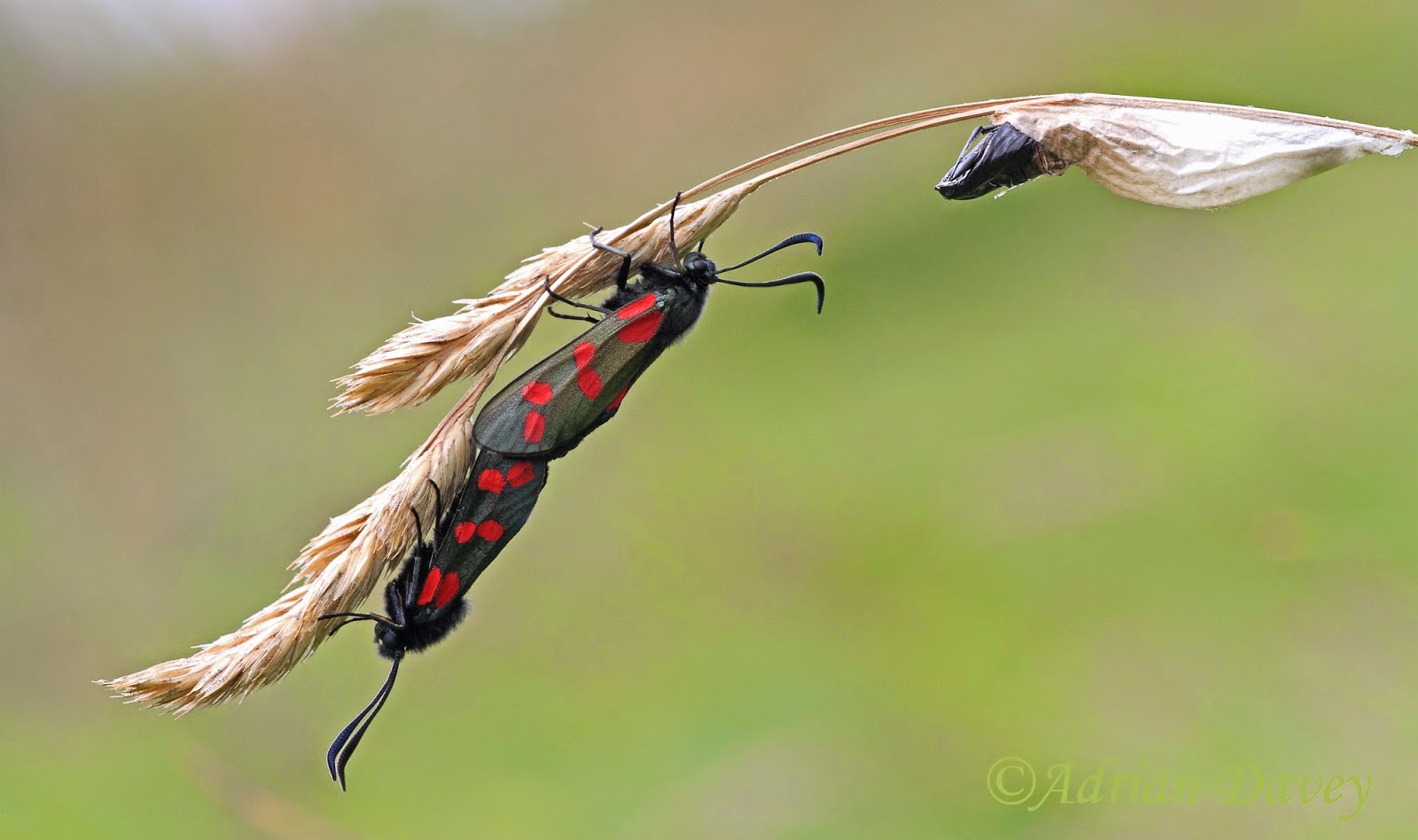