Can he see a Pelican-Wellhecan.

30th May 2016
Third attempt to catch up with the Dalmatian Pelican down in West Cornwall. 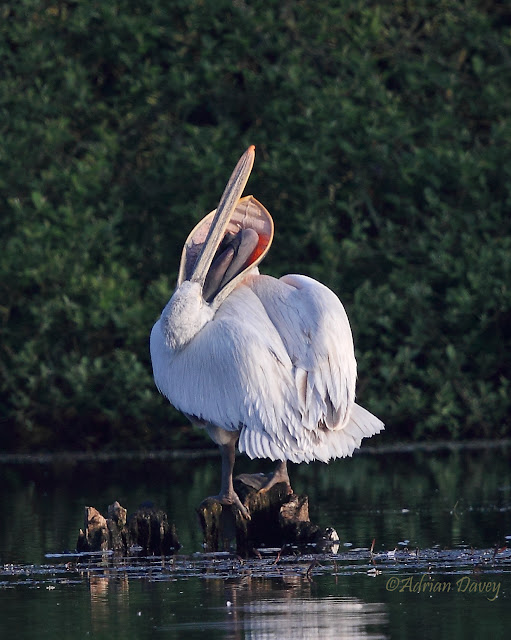 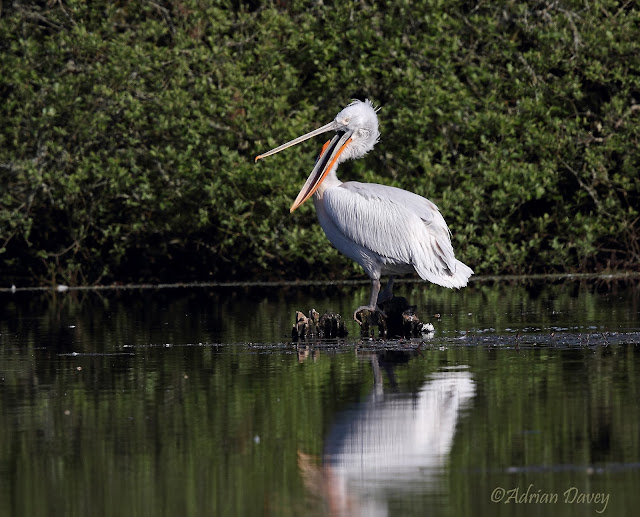 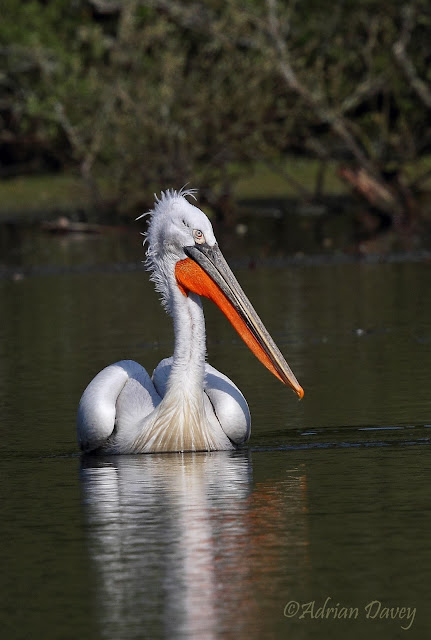 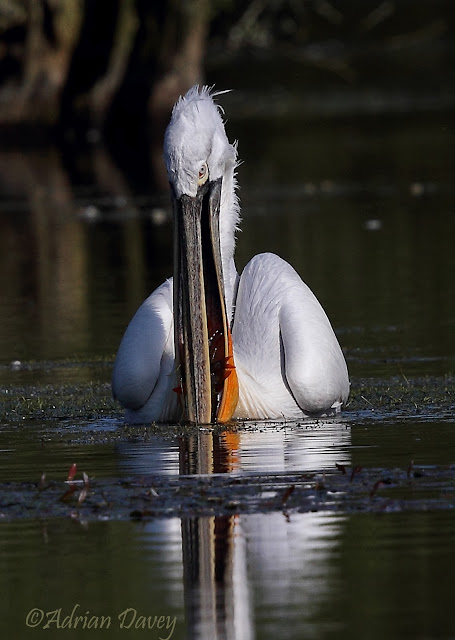 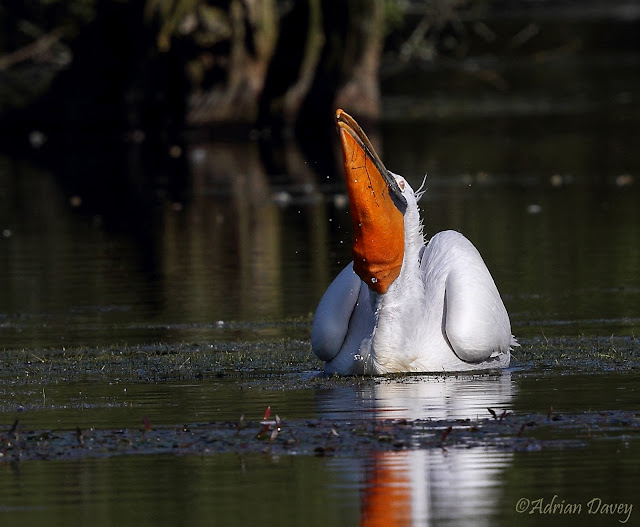 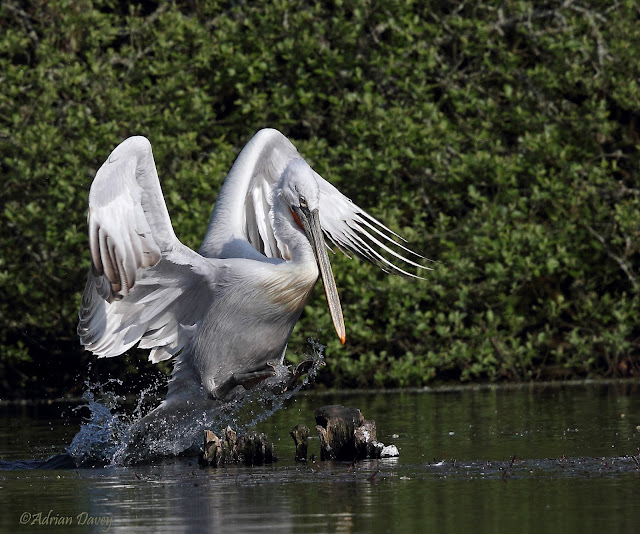 It had been roosting at Drift reservoir so I was down there at first light, where a few birders from far and wide were also on the scene. The Pelican was easily located in the N.W. arm ( you couldn't miss it- its huge) where it spent the next couple of hours sleeping and preening on a tree stump in the water, eventually it did go for a swim around and caught some small fish before returning to its perch, didn't see it in flight. Magnificent bird ,but not that likely to be admitted to the official British list.
Posted by Adrian Davey (Dibs) at 08:14 1 comment: