Last Saturday late afternoon went over to Upper Tamar Lake on the Cornwall/Devon border hoping to see the Osprey which had been seen here over the last few days,walking most of the way up the bank I found the bird at rest in a distant tree, way too far for any photographs, so I sat it out and waited to see if he would fly down to the water for his supper, eventualluy he did and spent some minutes back up at the car park end, so a walk back and another wait , A fisherman  said it came in every hour or so, but within a few minutes he was back again showing really well and making another catch ,great to see and the best I,ve seen them outside of Scotland, ten minutes later he,s back again when hes joined by a second bird, this time an adult, who flew directly overhead, nice against the blue sky. I was treated to further visits before the light began to go, it was,nt untill I looked at the photos at home that I realised I,d photographed both birds.
Posted by Adrian Davey (Dibs) at 12:01 No comments:

Dolphins must be one of the  animals that people have near the top of thier wish lists to see, and I,m no different, only having seen them distantly from the shore before now, so the chance to go out and see them close up and hopefully get a few photos was too good to miss, setting off from Padstow we headed west and eventually came across a pod of over twenty Common Dolphins which came beside & around the boat giving fantastic views, i loved it, and took lots of photos ,(even with them being so close photography was'nt easy as you could never tell where they were going to surface , and they can be pretty quick)but to be honest just the experience of it all would have been enough. 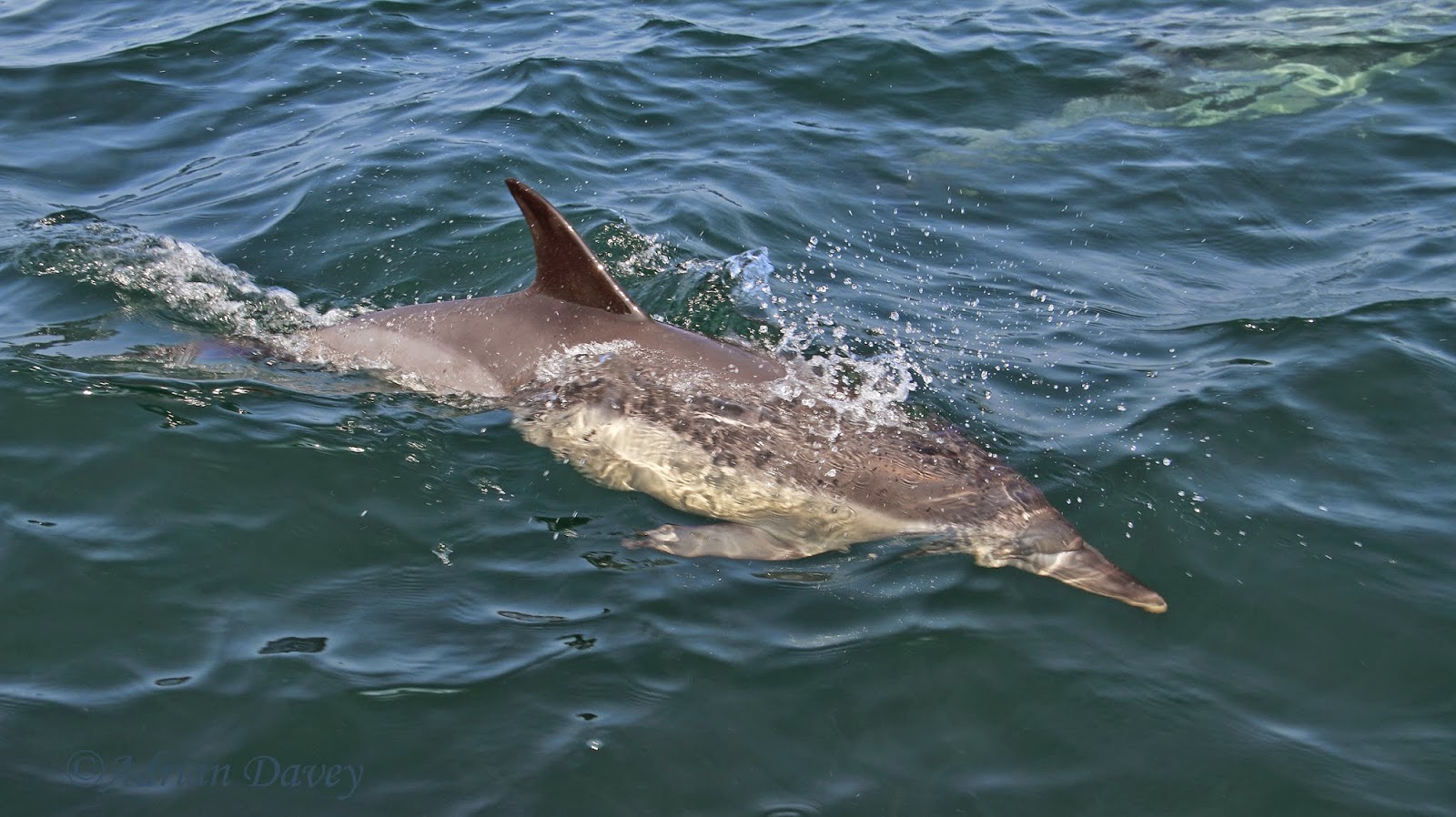 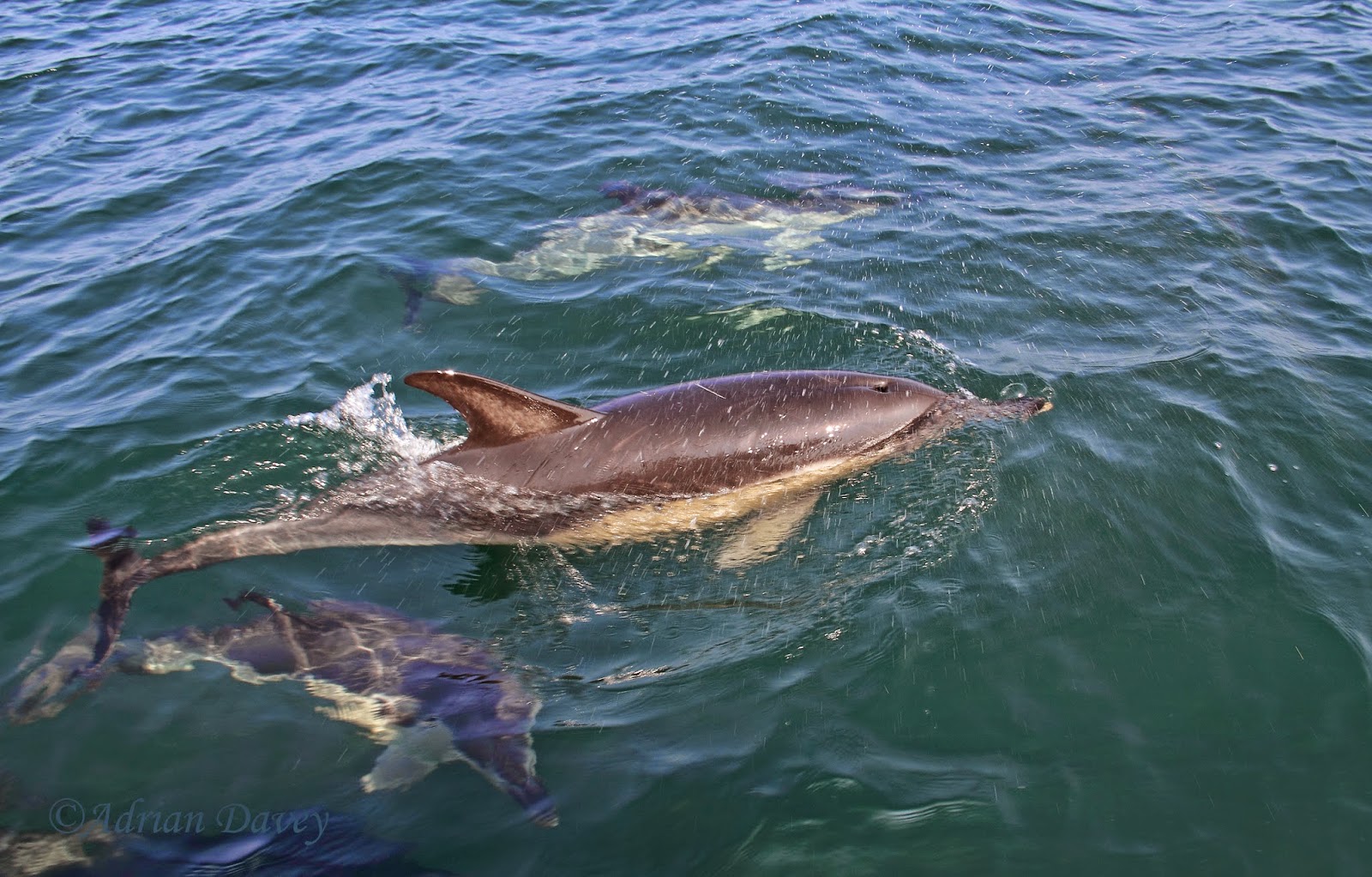 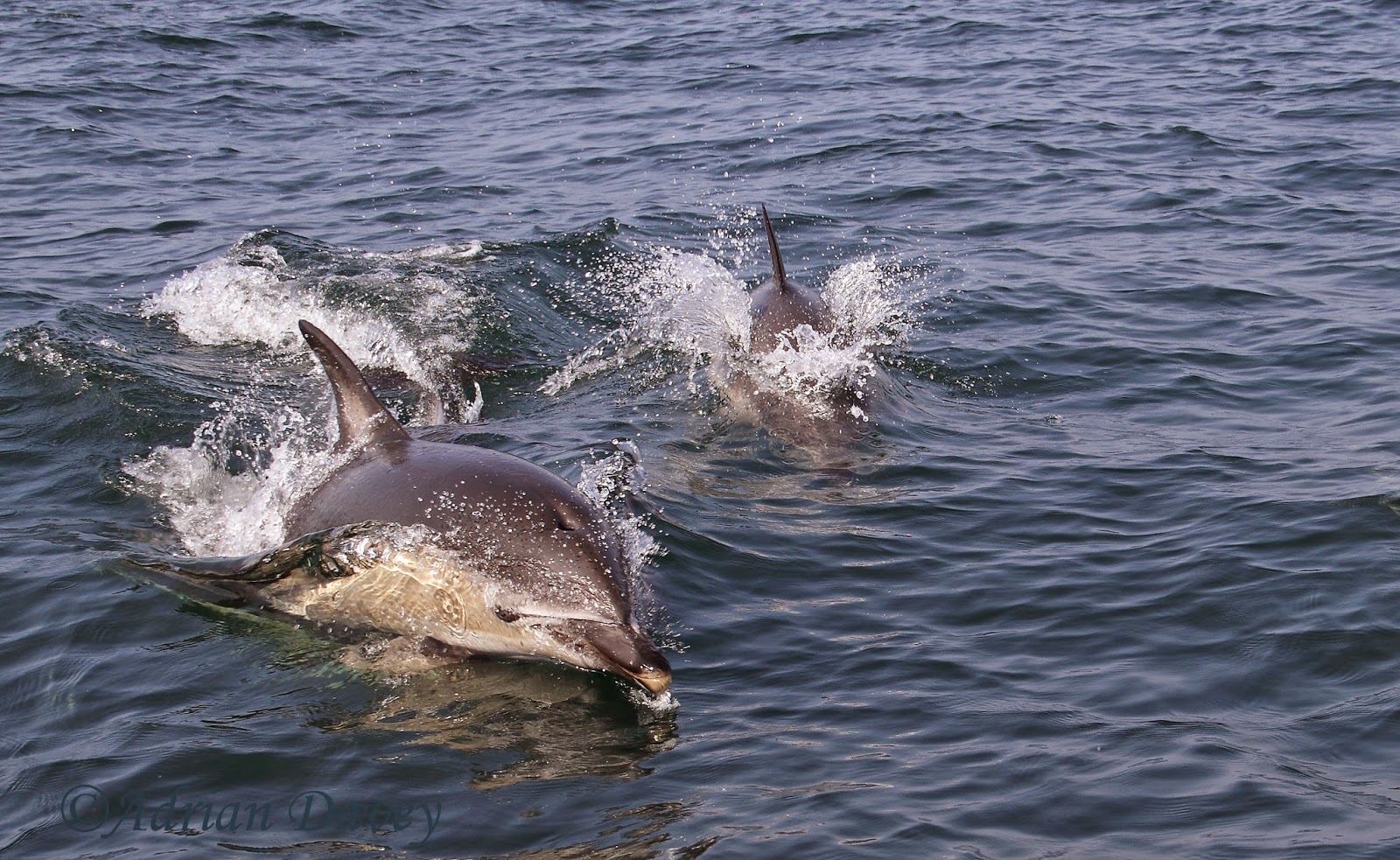