Whilst Joyce & I were having a nice week down on the Lizard , the news came through of a Bufflehead only about five minutes walk from our accommadation, and although we had left for a day out she understood that I would be no fun to live with at all if we did'nt turn back to take a look..This pretty North American duck, probably a first winter female was apparently the first for Cornwall (a second for me ) and appeared to me like a genuine wild bird, being fairly wary,having no visible rings, and its visit coinciding with the recent gales.It fed at the far side of a pool near Housel Bay not far from Lizard Point. 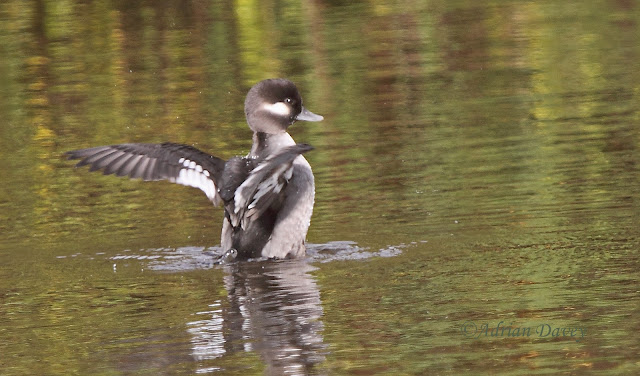 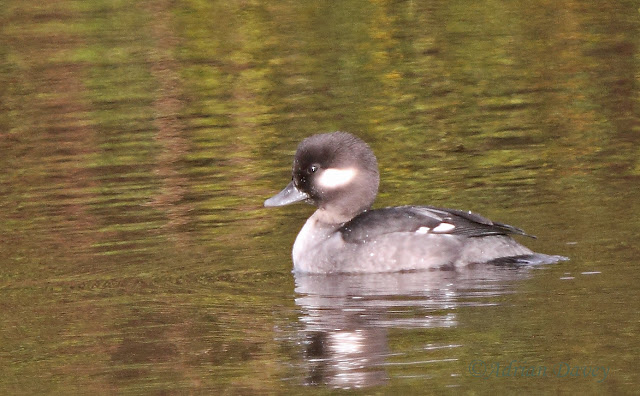 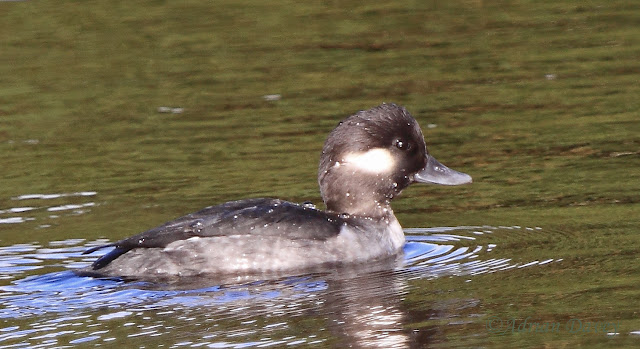 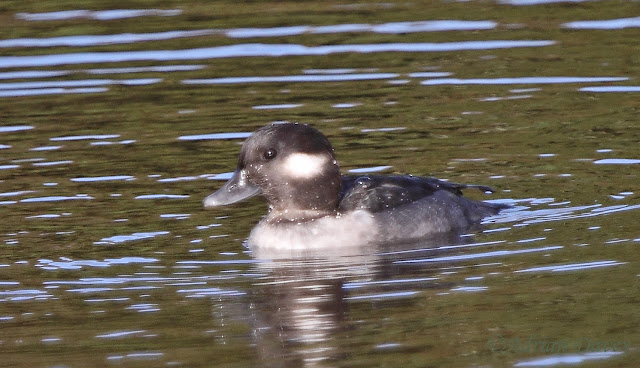 More photos of the Lizard week to follow soon.
Posted by Adrian Davey (Dibs) at 14:25 2 comments:

A couple of hours this afternoon at Davidstow,I could,nt find anything of note on the airfield,so took the usual drive down towards Crowdy where a nice male Sparrowhawk was sitting on a fencepost but flew off before I even got the camera out, so I turned around and noticed a small bird sunning itself on another fencepost & quickly realised it was a Wryneck, I took a few distance shots before stopping opposite it-what a little beauty-and then it flew down onto the grass verge right in front of me and started to feed on ants and perform superbly.Brilliant.I was joined by  friendly chap  Ray from Kilkhampton who was delighted to see this first for him and we photographed it to our hearts content.A few more photos will be in the diary section of my main website soon.
Posted by Adrian Davey (Dibs) at 15:16 2 comments:

While the waders have been taking all the top prizes at Davidstow, a few other birds have found  themselves in front of my lens.
Posted by Adrian Davey (Dibs) at 12:51 No comments:


A Long Billed Dowitcher was found on Davidstow airfield,continuing the great run of American waders seen at this site this autumn, and although the weather was rainy & foggy I had to go see it. I have seen two in the county before but this would be my first at this,one of my  my favourite sites.It spent most of the afternoon roosting (or sheltering )tucked in behind some reeds but came out to feed briefly later in the day.Also present on the airfield were two nice Snow Buntings which I got a few o.k ish shots of..Another couple of photos of these can be found on my main website.
Posted by Adrian Davey (Dibs) at 11:32 1 comment:

An early morning Stint at Davidstow

2nd October.Early Saturday morning I was back at Davidstow airfield in search of the three Pectoral Sands but unable to find  them ,however I did find a very small wader which at first I thought was probably the Little Stint which had been reported a few days earlier,but on closer inspection ( and this bird was pretty confiding ) I thought this was'nt really like any Little Stint I.d seen before and appeared more like the Semi Palmated Sandpiper I,d watched last week ast Drift, I looked for webbing between the toes but was,nt really sure to what extent this should be, so took some photographs and hoped they might prove the i.d. 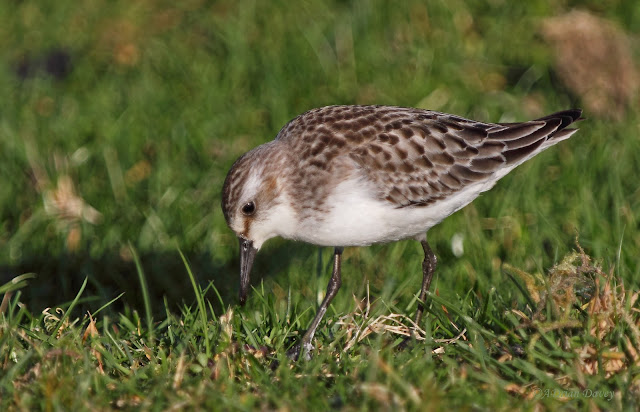 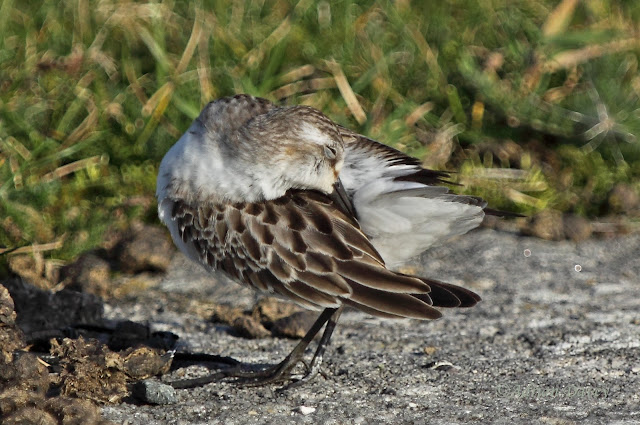 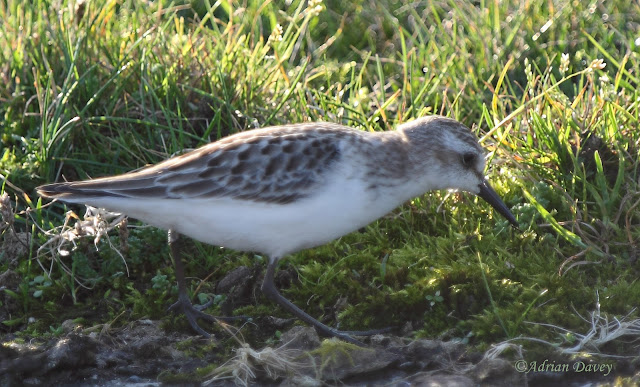 Andy Bond & then Brian Craven turned up & although I said I was trying to turn the bird into a Semi Palmated Sandpiper ,I lacked the courage of my convictions & settled on maybe an adult winter Little Stint, I later met Steve Rogers who also photographed it ,and that evening he rang to confirm that it was indeed a Semi Palmated Sandpiper,so after apoligising to our visitors who could see I was itching too download my days photos I was also able to pick out the webbed feet & other i.d. features of the Semi P.
Posted by Adrian Davey (Dibs) at 01:27 No comments:


On Sat 1st October Joyce & I spent a nice sunny afternoon on the cliffs near Tintagel & on the way home took the obligitory turn towards davidstow for a quick scan of the airfield. The first birds I saw were three waders on the edge of the runway,obviously not the usual Dunlin or Ringed Plover , at first I thought they were Ruff but driving closer I was delighted to find they were Pectoral Sandpipers,my camera was at the ready and I managed a couple of photos,unfortunatly one man and his dog walked within a few feet of them,and although they did'nt flush they moved further away after they had passed ,so I decided early tomorrow may be good to see if they were still around.On arriving home the three Pecs had already been reported on the Cornwall Birding
website two hours before I found them.Does it count as your own find if someone else found has them before you but you did.nt know they had been found?
Posted by Adrian Davey (Dibs) at 01:04 1 comment: